In 2020, I had the chance to offer my illustration services for a comic book project in my city. All in collaboration with the SOCIÉTÉ D’HISTOIRE DE DRUMMOND. This non-profit organization manages a private archives service approved by BAnQ and which works to enhance the heritage of our region. The “Drummond en BD” project consisted of publishing in “L’Express Magazine” a series of five historical comics about personalities and notable events of the MRC de Drummond.

Each of these stories is based on historical documents and by putting them in comics, the goal was to make them known and make them entertaining. What was asked of the artists is therefore to be creative in giving free rein to our imagination by starting from these stories.

I sincerely thank the team at SOCIÉTÉ D’HISTOIRE DE DRUMMOND, who were such great and competent people and who have supported me throughout all the process. A very special thank you to my friend Jessica who has been an amazing mentor and artistic director! It is therefore with pride and honor that I present the final result to you. 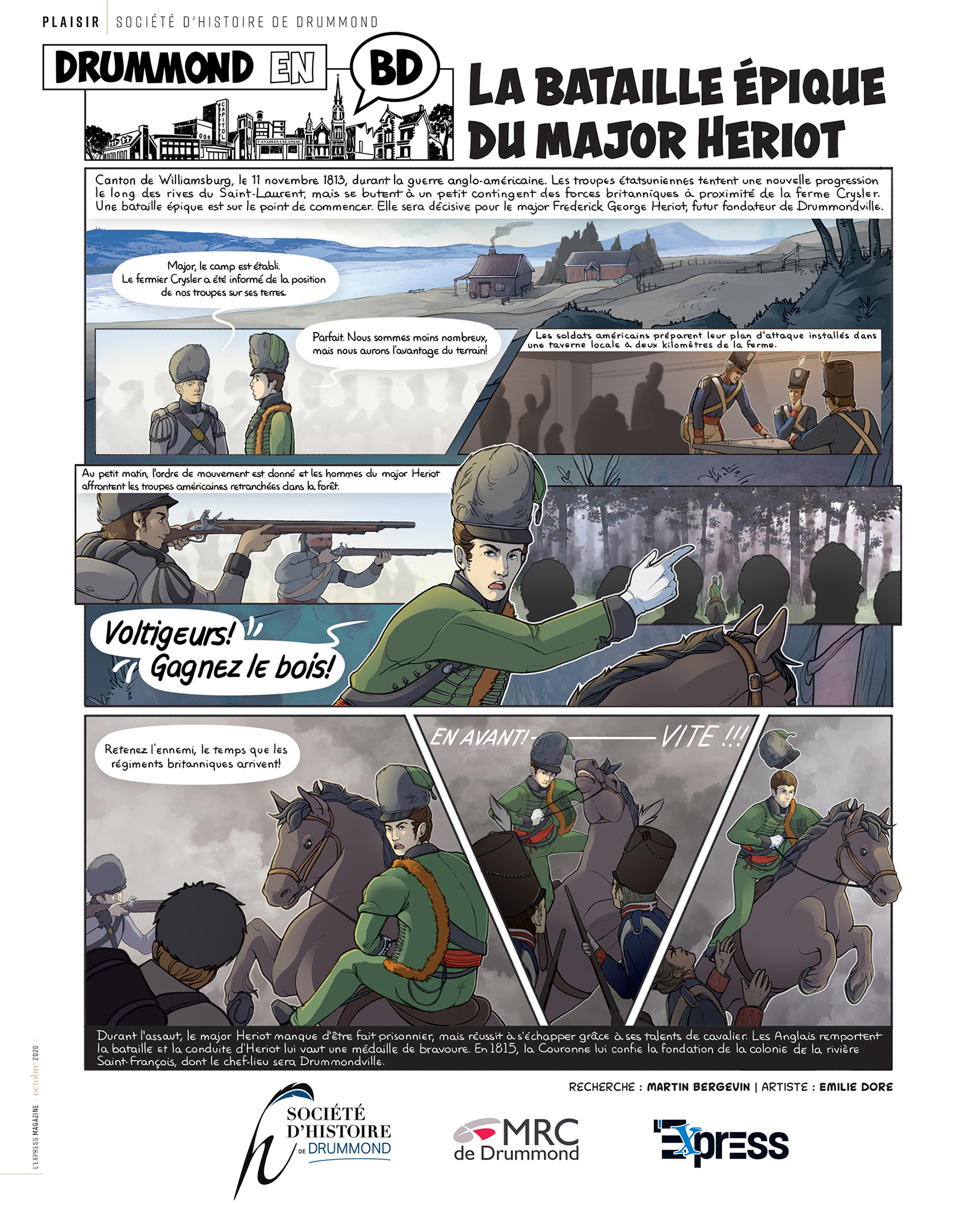 My page is based on this text which was provided to me by them and written by archivist Martin Bergevin;

Township of Williamsburg, November 11, 1813, during the Anglo-American War. US troops attempted a further advance along the shores of the St.Laurent, but encountered a small contingent of British forces near the Crysler farm. An epic battle is about to begin. It will be decisive for Major Frederick George Heriot, future founder of Drummondville.

The Americans set up their quarters at a local tavern, while the British and their allies set up camp two kilometers east at farmer Crysler’s. The latter are less numerous, but have the advantage of the ground: the place is clear, the vast field will favor the deployment of the line regiments, the river on the right will allow the gunboats to support the troops on the ground, while the dense forest on the left and the small ravine will serve as cover for the light infantry of the Canadian Voltigeurs, the Canadian Fencibles and the Mohawk warriors.

In the morning, the troops pass for inspection: dressed in their gray and black uniform, the Voltigeurs stand upright despite the heaviness of their musket and their full-rimmed cartridge bag. The order to move is then given and Major Heriot’s men go to confront the American troops entrenched in the forest.

The skirmish does not take long and the Voltigeurs are quickly overwhelmed. Heriot, on his mount, orders them to hold back the enemy until the British regiments arrive as reinforcements. The ploy worked, but during the fight, the Major almost failed to be taken prisoner and only managed to escape, it is said, thanks to his skills as a horseman. 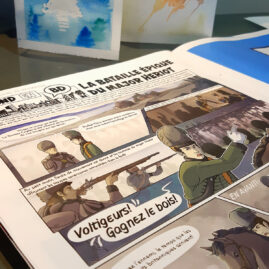 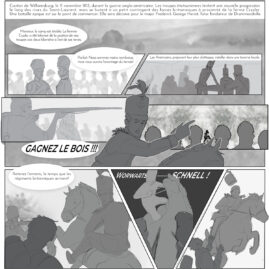 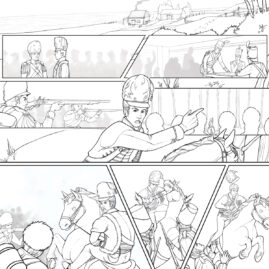 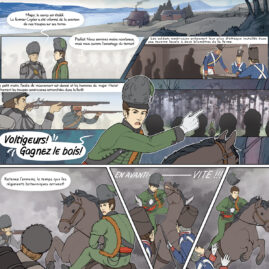 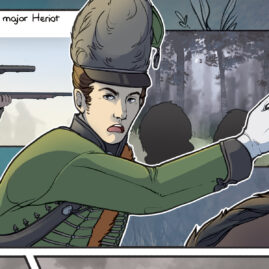 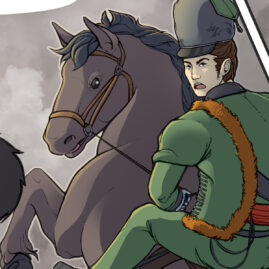 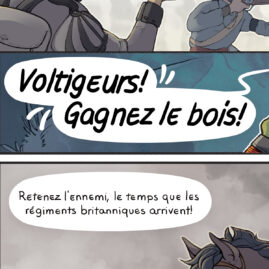 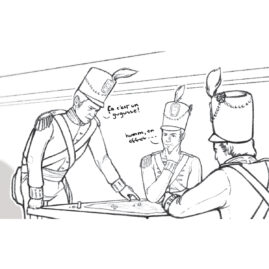